Skip to content
In 2004, Gilbert B. Lopez and Dr. Norma Villanueva collaborated and became business associates. At that time, a prominent contract was in place to offer PTSD readjustment services for veterans. We found that educating spouses and family members on the effects of PTSD expedited the effectiveness of the veteran’s treatment. Moreover, when we encouraged and mentored the veterans and spouses, they began their own peer-to-peer support groups.

As the camaraderie in the group strengthened, the veterans started to venture out in the community offering support to other veterans. During a group social event, the veterans informed of a peer in urgent need. Upon arriving at his home, Mr. Lopez and Dr. Villanueva discovered an honorably discharged, service-connected veteran, living in squalor. The home health agency paid by the VA had abandoned him, stating he was too difficult to work with. Upon further inquiry, we discovered the home health agency staff were unfamiliar with behaviors related to PTSD and had no knowledge of readjustment caregiving.

In 2006, Mr. Lopez and Dr. Villanueva became business partners opening a clinical agency. Through that agency, they worked with families affected by traumas to include victims of crimes, veterans, foster children, abused children, and foster families. By 2009, the practice grew to include contracts with the Texas Department of Family and Protective Services, local school districts for “at risk“ students and teen mothers. They noticed there was an unaddressed need; discovering the adult or child with the trauma would often receive services, but the family would not. This was causing divorces, family violence, and numerous placement changes for foster children; consequently, worsening of the PTSD symptoms.

On February 2009, they did a pilot project on the knowledge base and training for professionals offering an in-depth overview for individuals with PTSD. In July of 2009, Dr. Villanuve and Mr. Lopez held a strategic planning meeting to discuss the apparent needs of veterans and the community as a whole, regarding traumas and the services available. This meeting was facilitated by staff from Congressman Ruben Hinojosa (Salomon Torres & Norma Brewster). 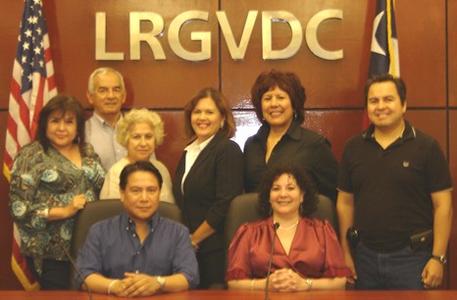 As a result, Mr. Lopez and Dr. Villanueva knew they had to be part of the solution to this problem. They began designing and pilot testing a workshop on the effects of PTSD on spouses and families. It consisted of community leaders, clinicians, and Vietnam-era veterans and their spouses. The pilot project was successful and was ready to be brought from a small focus group to a program with efficacy evaluation.

The Creation of the Nueva Luz Foundation

In 2012, the Nueva Luz Foundation was conceptualized. Mr. Lopez and Dr. Villanueva concluded that a charitable foundation would be integral in bringing attention to, and educating the community on Post Traumatic Stress Disorder and associated conditions that are related to trauma. Because of the diverse population the aforementioned agency encountered, we concluded the readjustment caregiving pilot project would help a more varied population that included not only veterans but also families and children as well.

Consequently, Mr. Lopez founded the Texas nonprofit organization wanting to assure a business structure which would allow the capability for future replication of the specialized programs. Community interest grew to the point of gaining support from Senator John Cornyn who wrote a letter of support. Ultimately, on June 12, 2013, the government granted the Nueva Luz Foundation its 501(c)3 designation. Since then, our foundation’s concentration has been on researching and further developing the programs, pilot testing them, and fine-tuning program components.

In 2015 Office of the Governor granted the Nueva Luz Foundation two different awards from its two divisions: Criminal Justice Division, and Victims of Crime Act. These grants will service programs through 2017. The Nueva Luz team is looking forward to continuing to develop unique and innovative programs to assist children, Veterans, and families who have been affected by trauma and PTSD.